Klaus Veitinger, M.D., Ph.D., is CEO of Promentis and is currently a Venture Partner with OrbiMed. During his prior 16-year pharmaceutical career, Dr. Veitinger held senior management positions in drug development, licensing and business development, strategic planning and M&A, as well as general management. Most recently Dr. Veitinger was a Member of the Executive Board of Schwarz Pharma AG and the Chief Executive Officer of Schwarz Pharma Inc. with responsibility for the U.S. and Asia businesses culminating in the ultimate sale of the Schwarz Group. Dr. Veitinger has served and currently serves on the boards of several private and public companies in the life sciences sector. For seven years he was a Director of PhRMA. Dr. Veitinger received his M.D. and his Ph.D. from the University of Heidelberg. He earned his MBA at INSEAD in France.

Daniel Lawton is the President of Promentis Pharmaceuticals. Mr. Lawton has more than 20 years of experience in the pharmaceutical and life sciences industry. Previously, Mr. Lawton was Group President at Dohmen Life Sciences, and Vice President and General Counsel of Schwarz Pharma, Inc. where he was also a member of the U.S. senior management group. His previous work experience includes a number of senior positions at Abbott Laboratories supporting its U.S., Canadian, European and Japanese businesses, with a focus on new business development, licensing, acquisitions and related transactions. Mr. Lawton has practiced law at firms in Europe and the United States. He is a graduate of Harvard Law School and was a Teaching Fellow at Harvard University (Economics under Professor Martin Feldstein).

Patrick Schwarz-Schuette began serving on Promentis’ Board in 2009. Mr. Schwarz-Schuette is currently the Managing Director of Black Horse Investments GmbH in Dusseldorf, Germany. Previously, he led Schwarz Pharma AG as Chairman of its Executive Board for more than a decade (1992 to 2006), culminating in the sale of the Schwarz group to UCB in a transaction valued at approximately six billion U.S. Dollars. Before assuming the role of Chairman, Mr. Schwarz-Schuette was a member of the Schwarz Pharma Executive Board (1988 to 1992), and previously led Sanol GmbH as General Manager. Early in his career, Mr. Schwarz-Schuette was a Management Consultant at Booz Allen & Hamilton, and received his diploma in business administration from the University of Hamburg.

Ms. Seltzer serves as a director of Aimmune Therapeutics and Miramar Labs. Previously, she served as a Board observer for Agile Therapeutics, Durata Therapeutics and ZELTIQ Aesthetics. She also acted as the Aisling representative for its investment in Precision Dermatology and was closely involved in Aisling’s investments in Cytos, Dermira and PowerVision.

Stephen Squinto, Ph.D., is a Venture Partner with OrbiMed who brings over 25 years of biotechnology industry experience. Dr. Squinto was a co-founder of Alexion Pharmaceuticals, Inc. and recently served as its Executive Vice President and Chief Global Operations Officer. Prior to 2013, he was Alexion’s Global Head of Research and Development. From 1988 to 1992, Dr. Squinto held various positions at Regeneron Pharmaceuticals, Inc. Prior to Regeneron, he held a joint academic position at both the Tulane University and LSU Medical Schools. He is a recipient of numerous honors and awards from academic and professional organizations for his scientific work. Dr. Squinto received his B.A. in Chemistry and Ph.D. in Biochemistry and Biophysics from Loyola University of Chicago. 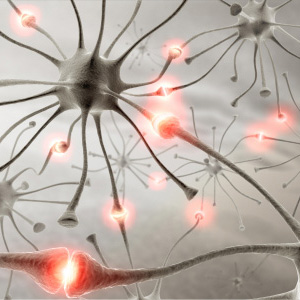